The kite shape I’m using in this piece is the one below. It looks different than the kite above but it’s still a kite. It has two pairs of equal-length sides adjacent to each other and it’s diagonals are perpendicular to each other. It’s basically been squashed where the horizontal diagonal is smaller than the vertical diagonal (shown by dashed lines) as opposed to the more traditional shape, as shown in the illustration above whereby it’s the opposite; the horizontal diagonal is longer than the vertical diagonal. 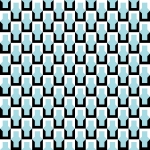 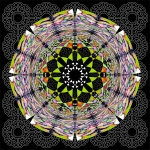 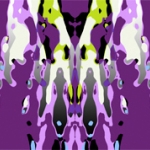 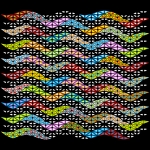 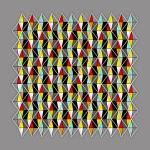 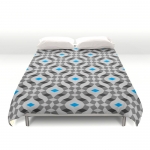