I’ve been working in 3d design, reconnecting with my architecture and I designed this concept for a Hash Symbol monument. Designing this has been a healing experience for me. I’ve been in great pain. I had a serious episode of a slipped pelvis (a complication that happens to me periodically) and was laid up in bed for many days. I used this time to think about art and what I would do next when I could get up and sit again. Having designed a 3d printed sculpture of a hash symbol, with elements making it accessible for the visually impaired for an upcoming exhibition W/O Limits at the Artists Archives of the Western Reserve, I began to formulate in my mind this concept for a Hash symbol monument. As I was confined mostly to bed for a week, the details came into focus and when I was able to get back to the computer, I had everything I needed to get to work and create it in 3d with two 3d programs; MOI for the 3d modeling and BLENDER for the rendering. I would take the master cuboid Rhombohedron shape and blow it up to monumental scale. Within the volume of a rhombohedron, hash symbols intertwine on the front, back, sides and top. https://en.wikipedia.org/wiki/Cuboid

I see it as a symbol of empowerment in our modern world of social media. It’s surrounded by 4 reflecting pools. They’re not really pools as they are only 2″ deep and would have spray fountains in them to be a cooling area to play in on super hot days; a kind of oasis in the time of climate change. The monument is elevated 18″ so that the pools are elevated. The edges at the perimeter have an infinity edge and the water would gently flow down into a channel and be pumped back, cycling the water. Gently sloping paths on axis with the openings of the hash symbols on four sides lead to a plaza where the monument rests. The plaza paving at the edge of the water is tactile for the visually impaired. The material is textured polished stainless steel. Its polished reflectivity would reflect the water and as the sun makes its arc during the day, it will continually transform as the light changes. A characteristic of the shape of the hash symbol is that it has two horizontal bars intersecting two slanted vertical bars. So that each of the sides and the top of the monument has slanted vertical bars, it is tilted 7 degrees in two directions which forms a rhombohedron. 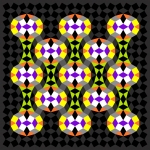 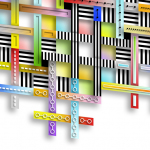 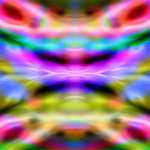 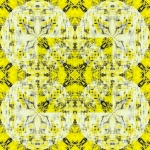 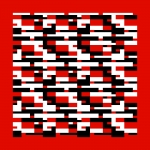 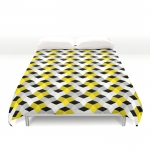